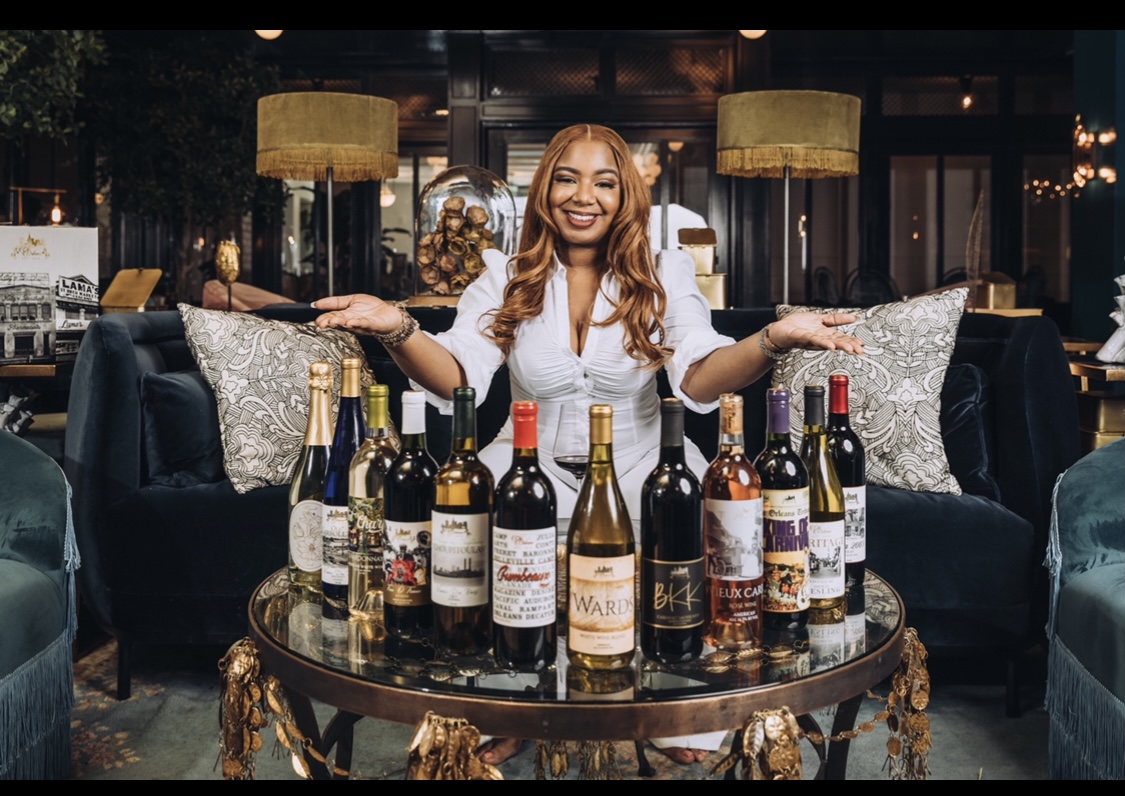 When most people think about New Orleans, they think about food and liquor, not wine. Kim Lewis felt a change was needed. One day while joking with a friend, she put out the idea to start her own wine company. With some research, she was able to turn a joke into reality when she launched Ole’ Orleans Wines and Spirit.

Ole’ Orleans is a tribute to New Orleans and its historical legacy. They are the only winery in the City of New Orleans and the only black-owned winery in Louisiana. As a company that began as just an idea, it has managed to land distribution deals with major retailers such as Walmart, Target, Whole Foods, Rouses, Sams Club and, more. Despite their current success, the road to get here hasn’t always been easy.

As a busy entrepreneur who successfully ran three healthcare businesses and a single mom of three children, she was determined to succeed. Kim started researching the wine industry in 2016 and soon became knowledgeable enough to pursue her new passion.

As a first step in getting her business off the ground, she explored different vendors to help with wine production, labels, and shipping. She wanted to put quality first and visited several different vineyards before finding the right product. Producing wine takes time, and Kim had no interest in anything made without quality in mind.

There were times when she found herself working up to three jobs to get the funds needed for her business to get off of the ground. She encountered many sleepless nights and sacrificed a lot, but says it was all worth it to get where she is now. Her first employees were her children, who worked as warehouse staff when the company first launched.

I love my city and my family. I wanted to find a way to incorporate that. Finding a way to keep the nostalgia of the Old New Orleans was important to me. With Ole’ Orleans creating memories and finding new ways to honor the old was the task.

Ole’ Orleans officially launched in 2018 and received an overwhelmingly positive response. Apart from being able to purchase her wines online, people also wanted a place to visit. She applied for a winery permit in April 2019, allowing her to graduate from a wholesaler to a complete winery.

Since launching, her annual sales have doubled the average of comparable wineries across the nation. Ole’ Orleans’ portfolio of 18 wines is available in several states, including Lousiana, Texas, Florida, and Georgia. They also ship to 35 states in the United States.

Over the next 3 – 5 years, Ole’ Orleans is looking forward to releasing a new spirits portfolio. The company will look to introduce vodka and rum options to take advantage of a profitable spirits market.

You can support Kim’s business by visiting oleorleans.com and following them on Instagram at @oleorleans.

Get our newsletter, event invites, plus product insights and research.

Noirefy is a diversity-tech platform that connects companies and diverse candidates together through insights, marketing, and career opportunities.

Send to a friend